Promoting entrepreneurship for sustainable development: why, and how?

When UNEP, UNDP and IUCN decided to register the SEED Initiative as a Type II partnership at the 2002 World Summit on Sustainable Development, they clearly thought they were on to something – but possibly not quite what SEED is now. Alighting upon ideas spawned by Germany, they were pioneers, seeing the potential of entrepreneurship to implement sustainable development from the bottom up. At that time, social entrepreneurship was only just starting to attract attention.

But it took another leap to add the environmental component – a necessary condition for UNEP and IUCN in this partnership – so positioning SEED firmly in the niche of the interplay between social, environmental and economic growth patterns. By concentrating on locally-driven enterprises, the SEED Initiative would demonstrate sustainable development at the grassroots.

In the quest for a low carbon economy, small eco-enterprises will support more resource-efficient economic growth and ensure its more equitable distribution. Their diversity, innovation, and nimbleness bring resilience, adaptability, and empowerment to local communities.

An ideal world, while of course different for every individual, would most likely have some features common to most. These would probably include stable, flourishing, and harmonious communities, and a thriving environment. While our ideal world is by definition out of reach, we can and should surely get as close to it as we can. 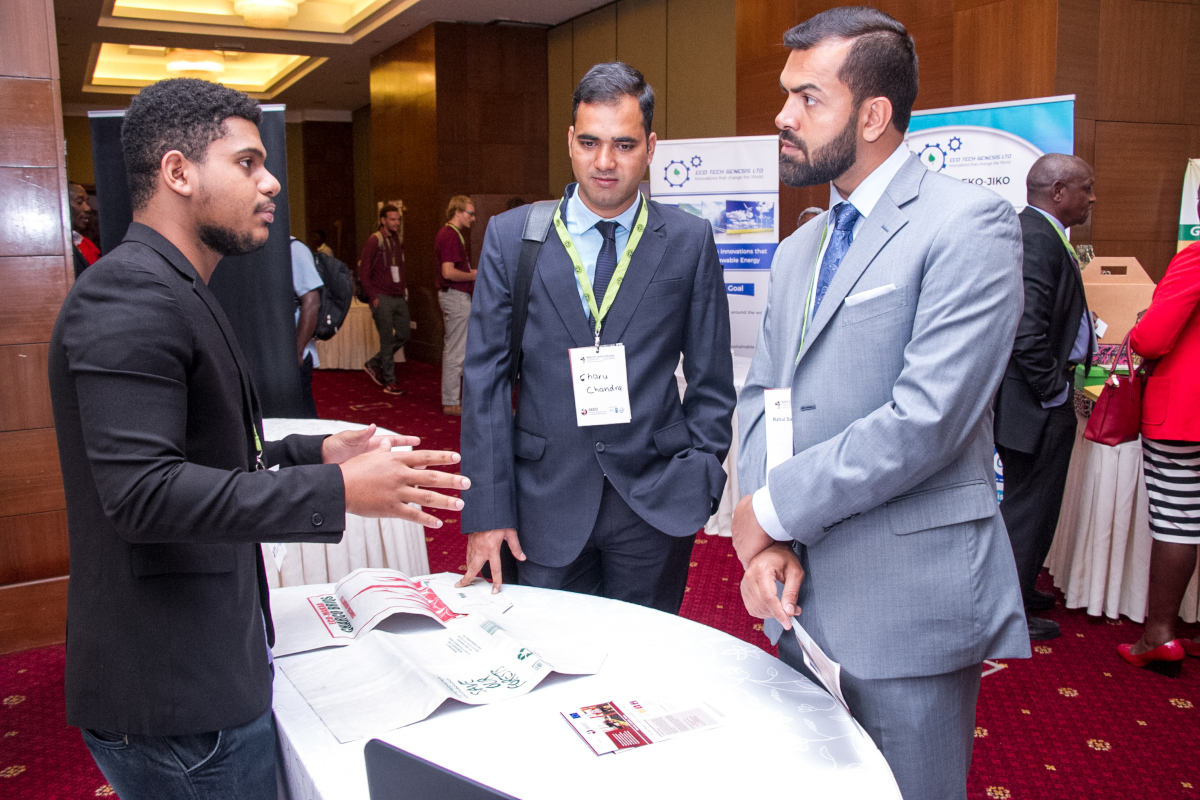 Ideals rest on values. Those values embedded in SEED by its Partners at the outset remain at its core. The first is working at the grassroots to help enterprises that are wholeheartedly committed to improving their communities and to managing natural resources wisely. The ways in which they do this vary enormously. For example:

Linked to this first core value is respect for others – their knowledge, their understanding of local circumstances, and their culture. In all its support, SEED offers its experience of what has worked with other social and environmental enterprises. Then, together with enterprise partners, we work out what might be best in their particular circumstances, tailoring along the way.

Getting as close as possible to our shared ideal requires contributions from many. Given the complexities of the ways in which we have organised our global society, institutions, as well as enterprises, have a part to play. Here the second value of SEED comes to the forefront: observing social and environmental enterprises as they grow, and collecting the evidence and insights for policy institutions. This means charting the hurdles the enterprises encounter and elucidating the factors that contribute to success, or failure – both within and external to the enterprises themselves. And it means making those insights available to government, development, business support providers, and financial institutions, at national and international levels.

As originally conceived, SEED would find promising start-up social and environmental enterprises – also known as triple bottom line or eco-enterprises – across the developing world through an awards scheme which would go hand-in-hand with a research programme. The first awards were made to 5 initiatives in 2005. The award comprised a tailored package of support delivered over a period of 6-9 months, a financial contribution, providing access to networks, and profiling at national and international levels. The first case studies were reported after the support.

Since then, the scope and size of the programme has grown dramatically: By the end of 2014, SEED will have worked alongside nearly 180 start-up triple bottom line enterprises (Winners of a SEED Award) in nearly 40 countries – mainly in Africa – and through the generous support of its donors been able to provide nearly USD1 million in grants. We have, with the International Institute for Sustainable Development, carried out and published a study on more than 1330 start-up social and environmental enterprises and several detailed case studies. And from our work with the Winners, we developed 8 Critical Success Factors and have greatly expanded the package of support. It now has 4 components – the SEED Starter, Catalyser, Accelerator, and Replicator – each fitting the particular stage of development of an enterprise. 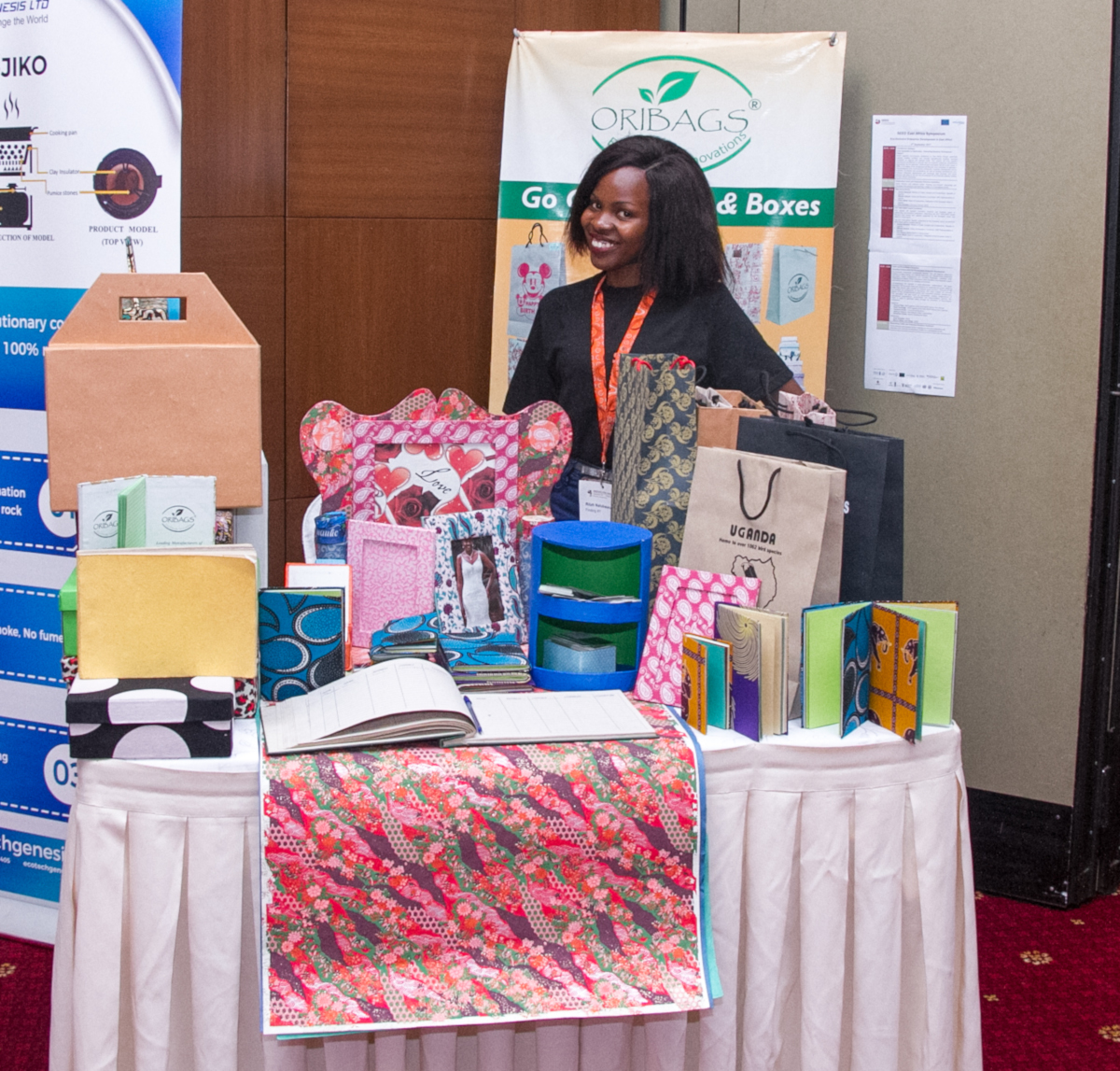 SEED has also taken on a role of bridge-building between policy institutions and enterprises through its annual Symposia held in South Africa and Kenya. These include the International Awards Ceremony for the year’s SEED Winners and provide an opportunity for enterprises operating in a wide range of sectors – energy, climate change mitigation and adaptation, agriculture and rural development, waste, biodiversity, tourism – to exchange experience and ideas with regulators, policymakers, donors, and support and finance institutions. Few other events provide for quite this type of discourse, and it is reflected in the buzz and new linkages that accompany each SEED Symposium.

Setting itself a goal of extending in-country capacity in eco-entrepreneurship, SEED is training business development service providers in Eastern and Southern Africa in triple bottom line approaches and also exploring with selected small conventional businesses how they might move beyond a pure economic bottom line, taking on social and environmental targets as well.

2015 will be pivotal: it will see the review of the Millennium Development Goals, the adoption of a post-2015 agenda and Sustainable Development Goals, and the 21st Conference of the Parties to the UN Framework Convention on Climate Change. All these will challenge implementers at national and international levels. What is clear is that SEED will be able to make contributions to each one. It is already at the start line, ready to go, with a jam-packed toolbox and years of experience.

In a more immediate context, 2015 will be the 10th anniversary of the SEED Awards – surely calling for a special event. And it will mark the further evolution of the programme. SEED and its Partners are ambitious. How? – Follow us, and find out!

Helen Marquard has been the Executive Director of SEED from 2007 to 2015, accompanying the organisation through considerable change as it has scaled up the reach of its partnerships, extended the elements of its support to growing numbers and types of small enterprises in the developing world, and built bridges between local enterprises and policy makers.

Previously Helen was Deputy Director at the UK's Department for Environment, Food and Rural Affairs (Defra) and Deputy Head at the UK FCO’s Environment Policy Department at the UK Foreign and Commonwealth Office; her responsibilities were international and European sustainable development, chemicals, and biotechnology safety. Helen’s academic background is in molecular biology and cancer research which she pursued mainly in Germany. 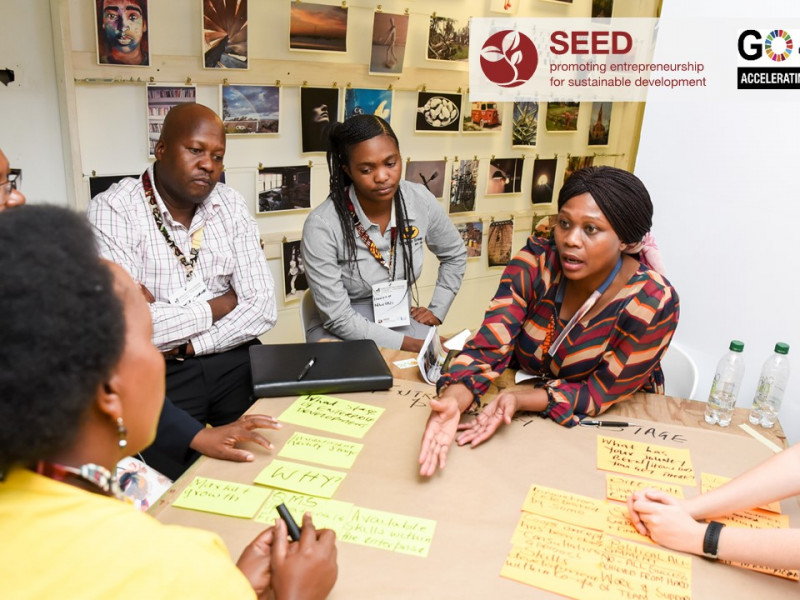 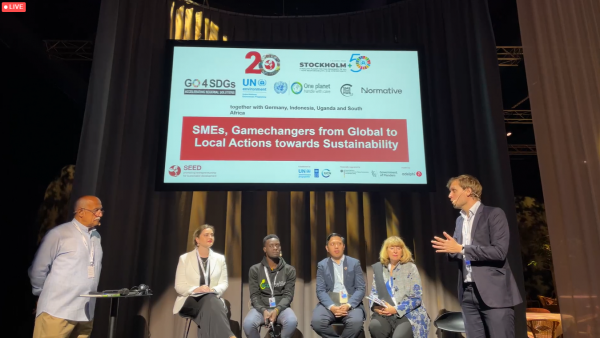 "Step up and act now, or step aside" 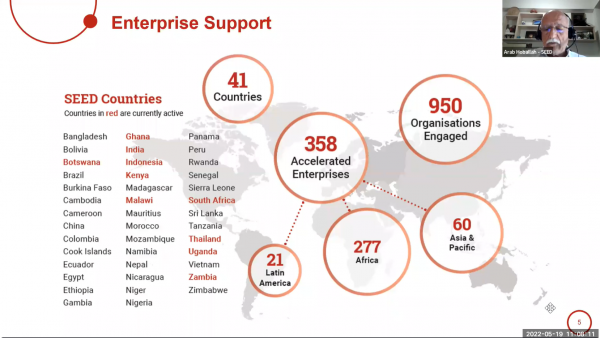 SEED organised and hosted the webinar "From Impact to Scale: Challenges & Successes Leading the Way to an Eco-Inclusive SME Action Agenda" 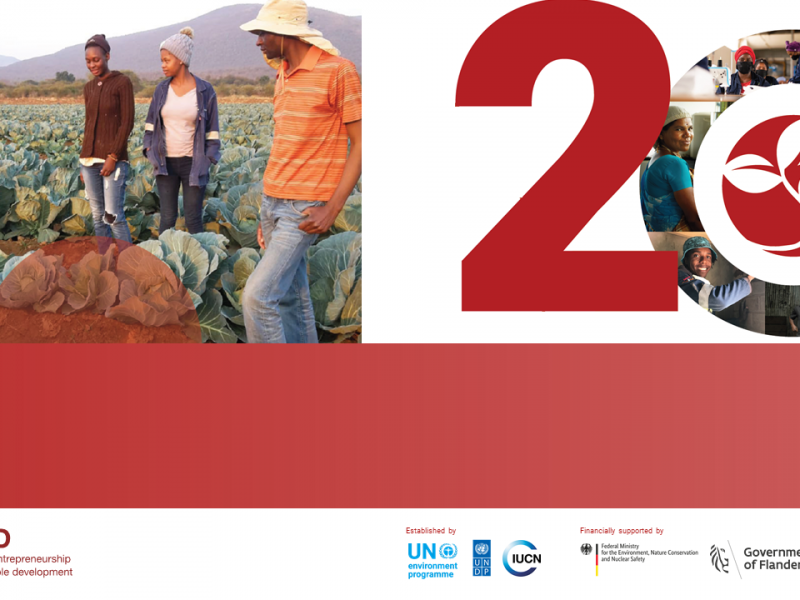 Join our Webinar "From Impact to Scale: Challenges & Successes Leading the Way to an Eco-Inclusive SME Action Agenda" 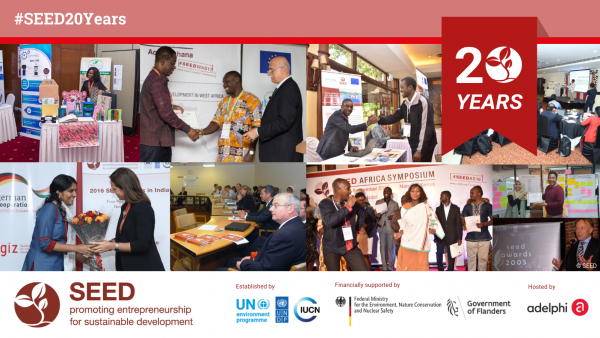 SEED and SMEs: Celebrating 20 years of promoting a sustainable future together 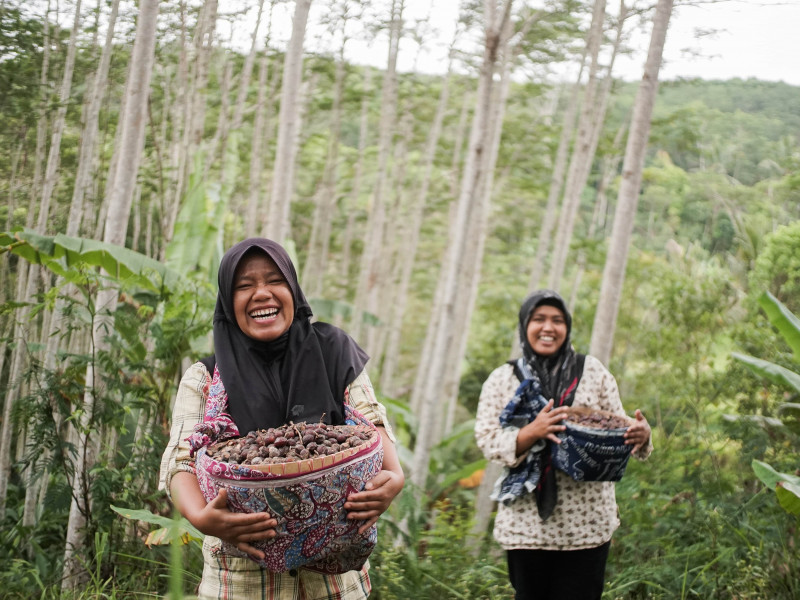 Women-led enterprises leading the way to a more sustainable future