The SEED Board of experts in sustainability and development topics serves an advisory function to guide and support the SEED Team in determining its strategic direction and to champion the achievements of SEED programmes within their own organisations and externally. 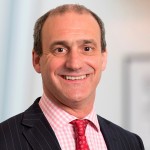 Chairman of SEED Board
Hogan Lovells

Crispin Rapinet is a commercial litigation partner at Hogan Lovells, based in London with particular expertise in international and cross-border litigation arising out of insolvency, fraud and asset recovery situations. From 1998 to 2003 Crispin was based in the firm's Hong Kong office as one of the resident commercial litigation partners there and Managing Partner of the office. Crispin was Regional Managing Partner of the firm's offices in Asia and the Middle East from 2005 to 2013.  He is co-head of the Investigations, White Collar and Fraud practice area. Crispin is also co-chair of the pro bono practice of the firm, and co-chair of the firm's Citizenship Panel which oversees the programmes regarding diversity, community investment, charitable fundraising and the environment which the firm undertakes worldwide. 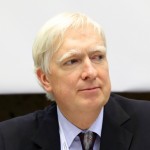 Stephan Contius is Commissioner for the 2030 Agenda and Head of Division (United Nations, Developing countries, Emerging Economies) in the German Environment Ministry in Berlin. He served as German chief negotiator for the World Summit on Sustainable Development (Johannesburg 2002), the UN Conference on Sustainable Development (Rio de Janeiro 2012) and as German co-lead negotiator for the 2030 Agenda for Sustainable Development. He was also involved in the establishment of environment and climate change dialogues with Brazil, China, India and several other countries. His previous assignments include legal affairs, G7 and G8 cooperation, prevention of air pollution, and project financing. In 1990 he was seconded to the United Nations Development Programme, New York. For the EU he participated in the final negotiations on the Rio Declaration on Environment and Development (1992). Mr Contius' academic background is law and political science. He was recipient of scholarships of the German National Academic Foundation. 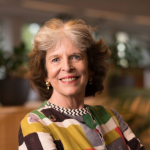 As GRI's Deputy Chief Executive, Teresa Fogelberg engages in strategic external relationships with businesses, governments, civil society and other stakeholders. She started her career as an anthropologist at Leiden University in the Netherlands. She has spent many years in development organisations, including ILO, USAID, and Netherlands Ministry of Foreign Affairs, and in several countries in West Africa, where she specialized in gender issues and famine-early warning systems.

In those positions, Teresa Fogelberg contributed to the development of socio-economic impact assessment tools, chaired the OECD Working Party on Women and Development, and was a member of the Oversight Committee of the (multi-stakeholder) Consultative Group on International Agricultural Research (CGIAR). Immediately before joining GRI, she worked for the Netherlands Ministry of Environment, where she was Head of the Climate Change and Industry Department, and Special Advisor on International Environmental Affairs.

In 2002, Teresa Fogelberg acted as Executive Assistant to the Special Envoy of the U.N. Secretary-General for the World Summit on Sustainable Development in Johannesburg, and was in charge of private sector involvement in the Summit. She sits on the board of several sustainable development organisations. 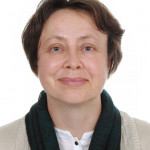 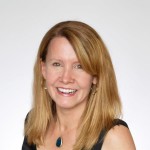 As Executive Vice President, Jennifer Morris is responsible for leading a team of 60 professionals to develop and implement conservation initiatives, which support CI’s mission of sustainable development in 60 countries with over 1600 partner organisations.  She leads both the Ecosystem Finance Division and oversees the Center for Environmental Leadership and Business and is a member of CI’s Executive Management Team. Jennifer Morris has lived and worked in Asia, Africa and Latin America and has served on the board or executive committee of several organisations including the Conservation Finance Alliance and the Finance Alliance for Sustainable Trade. 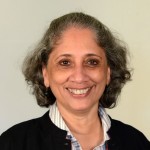 Ligia Noronha is the Director of the United Nations Environment Programme (UNEP) Division of Technology, Industry and Economics (DTIE). Since her appointment, she has guided UNEP DTIE in delivering its mandate of promoting environmental sustainability through technology, industry, and economic policy, and has led the implementation of three of UNEP’s seven sub-programmes, namely climate change, chemicals and waste, and resource efficiency. Prior to joining UNEP, Ligia Noronha served in TERI as Executive Director of Research Coordination and as Director of the Resources, Regulation and Global Security Division.

From 2005 to 2011 she served as Secretary of the Asian Energy Institute and, from 2005 to 2009, as Coordinator of the Renewable Energy and Energy Efficiency Partnerships (REEEP), South Asia. In 2004 and 2005, she was Team Leader of Ecosystem Approaches to Human Health at the International Development Research Centre (IDRC). Ligia Noronha has served on the National Security Advisory Board of the Government of India, and on several expert committees of the Government of India and Goa, including the Expert Committee on Climate Change, the Western Ghats Ecology Expert Panel, and the Task Force on Natural Resources of the Commission on Centre-State Relations. 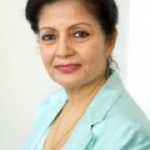 Ms. Lakshmi Puri is Assistant Secretary-General of the United Nations and Deputy Executive Director of UN Women, the United Nations Entity for Gender Equality and the Empowerment of Women. She is directly responsible for the leadership and management of the Bureau for Intergovernmental Support, United Nations Coordination, and Strategic Partnerships.

Ms. Puri joined UN Women in March 2011, shortly after its creation. As a member of the senior leadership team, she actively contributed to the institutional development and consolidation of the entity, shaping its first Strategic Plan and positioning it as the leading organization for the promotion of gender equality and women’s empowerment globally. She steered UN Women’s engagement in major intergovernmental processes, such as the Rio+20 conference. She coordinated preparations for the 57th session of the Commission on the Status of Women, which saw the adoption of a historic agreement on ending and preventing violence against women. She also led efforts to build strategic partnerships, particularly with civil society and women’s organizations, and oversaw the adoption and implementation of UN systemwide accountability and coherence systems for gender equality and women’s empowerment. She acted as the interim head of UN Women from March to August 2013. Throughout her career, Ms. Puri has promoted the gender equality and women’s empowerment agenda in various capacities in the context of peace and security, human rights and sustainable development. She has extensive experience in economic and development policy-making covering trade, investment, migration and labour mobility, financial flows, environment and climate change, energy, agriculture and food security, universal access to essential services, intellectual property rights, and traditional knowledge, among other issues.

Prior to joining UN Women, Ms. Puri was the Director of the UN Office of the High Representative for the Least Developed Countries, Landlocked Developing Countries and Small Island Developing States, where she coordinated the preparations for the fourth UN Conference on the Least Developed Countries which resulted in major outcomes, including the Istanbul Programme of Action and Political Declaration.

SEED Board Member
Ministry of Agriculture, Nature and Food Quality, Government of Netherlands 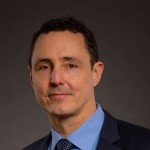 For ten years, he was a Senior Programme Officer with the Multilateral Fund for the Implementation of the Montreal Protocol on Substances that Deplete the Ozone Layer. He was a consultant for eight years providing technical expertise, implementation and policy advice services related to environmental issues; at the same time, he undertook a number of research projects for a wide variety of clients such as international industries, NGOs and governments. He was co-ordinating lead author for IPCC and received the US-EPA Ozone Award.

Mr. Sicars has worked in the Research Center for Refrigeration and Heat Pumps in Germany, the final two years as the Center’s technical director. Mr. Sicars holds a Master’s Degree in Mechanical Engineering from the University of Hanover, Germany, specialised in Energy- and Process Engineering. 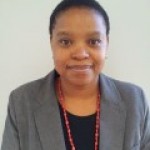 Ms Mapula Tshangela is the Senior Policy Advisor with the South African National Department of Environmental Affairs. Her current responsibilities include policy and research interface in sustainable development, green economy and sustainable consumption & production. Prior to joining the Department in 2007, she worked at the electricity generation, distribution and head office positions in areas including waste, air quality, sustainability performance, impact assessment, environmental, quality and pollution management systems, water cycle chemistry and laboratory chemical analysis. She participated at a number of national and international engagements and has collectively more than 17 years’ work experience.

Among others, she coordinated the conceptualisation of South Africa’s national green fund establishment that arose as one of the May 2010 first national green economy summit outcomes and subsequent priority focus areas and she managed the development of national strategy for sustainable development, the green economy modelling report and the environment sector research, development and evidence framework. Ms Tshangela studies and publications interest include sustainability, green economy, technology & innovation, policy management and evidence-based policy making.