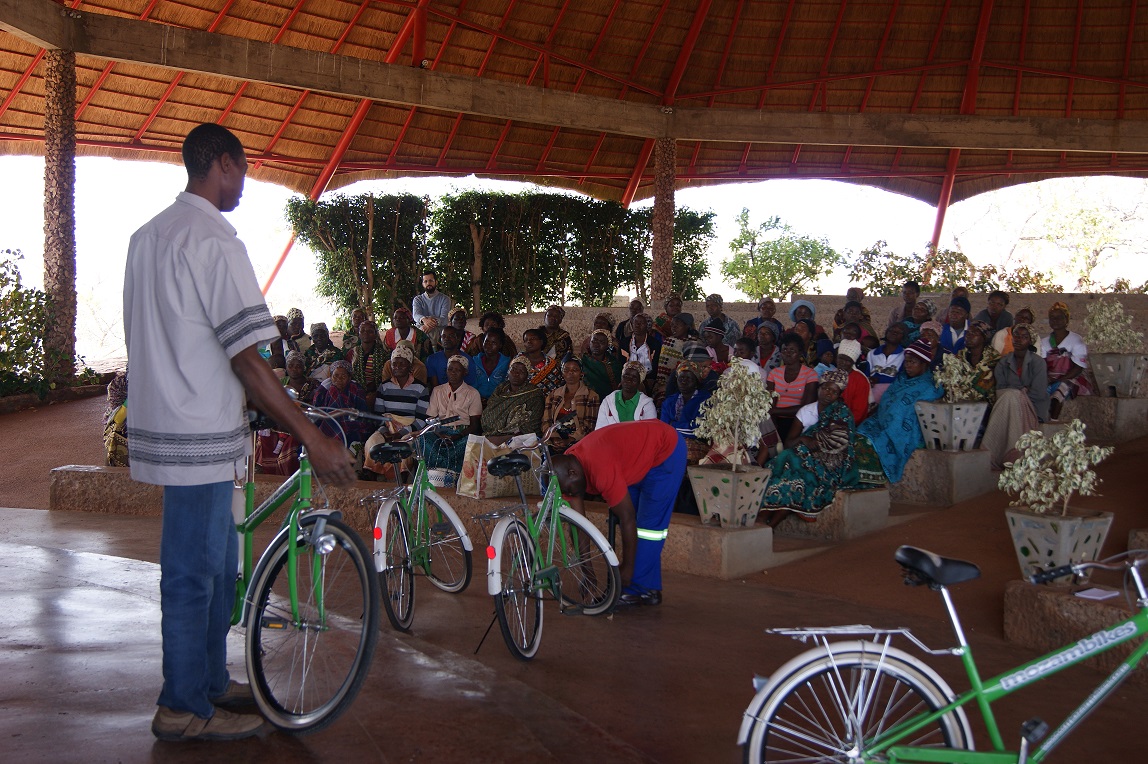 ‘Teach a man how to fish‘ or, as in this case, ‘ride a bike’, espouses the core aim of the founders of a social and green enterprise that is intent on improving the living standards of rural Mozambicans. Maputo-based Mozambikes wants to help fight poverty by providing affordable, efficient, and green transportation, namely: quality bikes, designed for local conditions.

Most Mozambicans live in rural and remote areas of the country and rely on agriculture – subsistence cultivation – to survive. And despite Mozambique experiencing consistently high growth due to foreign investment in its natural resources sector, little or no benefits have reached many ordinary Mozambicans. Nearly 60 per cent of Mozambique’s 26 million population earn less than $1.25 a day, and of those, over two-thirds live in extreme poverty, according to latest data from the United Nations Development Programme’s Human Development Index (HDI).

The burdens of distance

Poor access to clean water supplies as well as having to travel long distances – more often than not by foot – to reach basic health clinics and schools are major contributors to Mozambique’s pervasive poverty cycle. Hardly surprising then that the country has one of the world’s highest primary school drop-out rates, with just over a quarter of enrolled pupils likely to attend secondary schooling.

In rural and remote areas, most people walk kilometres to reach the nearest public transport, which is often infrequent, irregular, and costly. Minibuses (“chapas”) or open-top trucks are often used as unlicensed taxis to ferry people long distances, particularly farm workers. For those living in the capital, Maputo, 20 per cent of monthly incomes are absorbed by transport costs. In remote communities, Mozambicans spend hours walking to earn an income, bringing their product to market. For many women, it is part of the daily grind to collect wood or search for clean water for their families.

Mozambikes offers Mozambicans a cost-effective alternative to high-polluting and often unreliable motorised transport. In its Maputo warehouse, locally-employed bike technicians take less than 45 minutes to assemble a Mozambike from quality imported parts, built with the country’s terrain in mind. Co-founder Lauren Thomas says personal transportation in Mozambique is dire, with the market currently underserved and inefficient:

Bikes can lead to improvements in personal health and health care systems, education levels, income levels and business efficiency.  As bikes are a mode of green transport, we hope too that with increased usage, Mozambikes will set a precedent for maintaining a minimal carbon footprint.

This eco-enterprise is already looking at expanding its product to include bike trailers, ambulances, and other accessories. 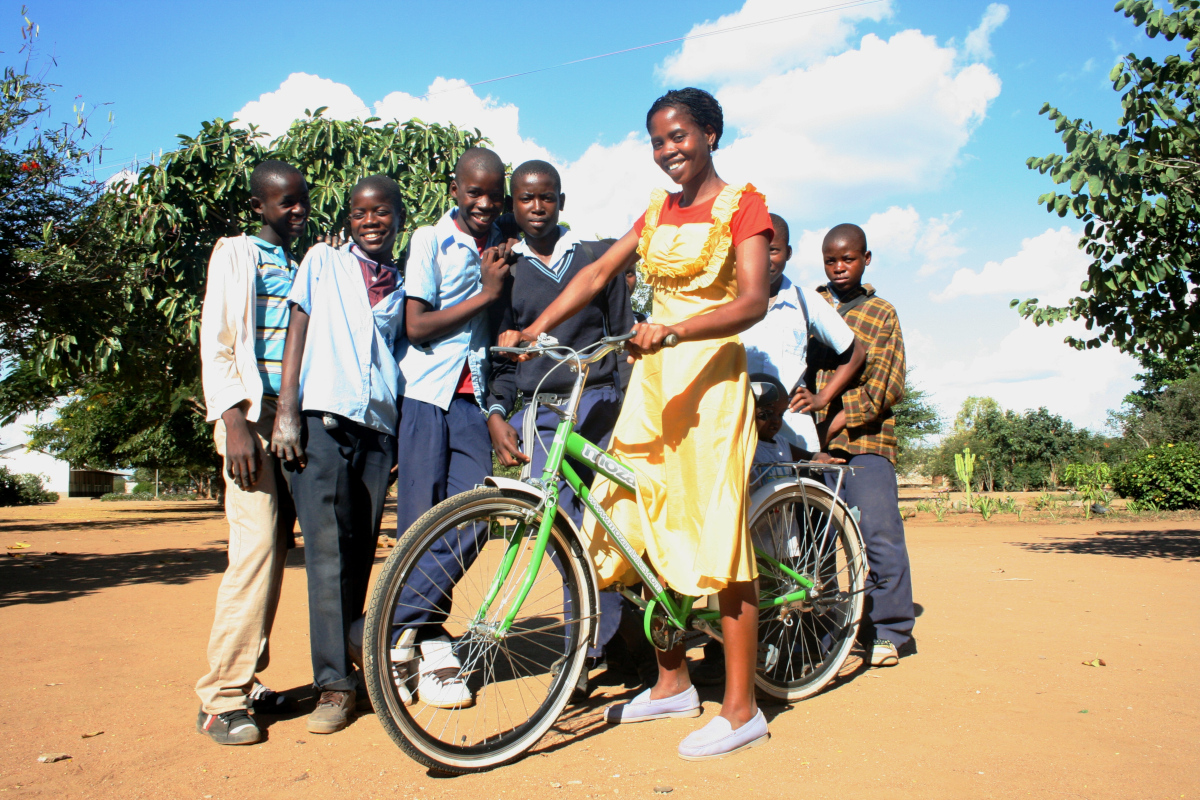 Mozambikes, however, not only sells mobility; it sells mobile advertising space. And unlike other forms of advertising, it is lasting, staying with the bike for its lifetime. As an added service, the social enterprise encourages companies and non-profit organisations to buy and distribute branded bikes, penetrating rural areas. Customised with company colours and logos the bikes are then used either as direct marketing instruments, or for other initiatives such as employee bonuses, or simply as donations. Alternatively, advertisers pay a fee, allowing the branded bikes to be sold at very low prices. The branded bikes thereby act as ‘moving billboards’ in hard-to-reach rural communities where standard advertising is ineffectual.  Lauren Thomas says it’s proving to be a popular innovation, with 30 companies helping to distribute 1800 of its bikes in rural areas over the last two years.

Mozambikes has developed a new form of advertising in Mozambique. It has brought a new product to the market and built a production process with branding and customisation that is new to the country.

Learning how to ride

A significant part of what Mozambikes does is teaching rural Mozambicans, particularly women, how to ride bikes and maintain them. They do this in free workshops. They are also enlisting women to weave baskets as part of their range of bike accessories. Ultimately, the social venture wants to establish a network of self-employed certified bike technicians, trained by them, to keep its bikes on the road.

For its innovative business approach towards greening transportation in Mozambique while empowering rural Mozambicans by teaching them how to ride and maintain bikes, Mozambikes has been honoured with a 2014 SEED Africa Award. For rural women, this is empowerment: they with have the potential to gain new sources of income and improved living standards. Mozambikes not only helps to reduce the burden of distance in rural Mozambique but also contributes towards decreasing school drop-out rates and enhancing access to healthcare. All these benefits are through an environment-friendly transportation method that is tailored to local needs.

Jona Liebl has supported SEED since 2010 and is in charge of the operational management and implementation of the SEED Programmes. In his position as Senior Project Manager at adelphi research, Jona works on projects in the area of sustainability entrepreneurship, corporate responsibility and green and inclusive business models.

Prior to joining adelphi, he trained as IT Specialist at Hewlett-Packard. He also worked as Programme Assistant at the UNDP Equator Initiative and was a member of the Technical Advisory Committee of the Equator Prize 2012 and 2014.

Jona holds a Masters Degree (M.A.) in Political Science from Ludwig-Maximilian University of Munich (LMU). He was a visiting fellow at the Pontificia Universidad Católica del Perú (PUCP) and the Universidad Autónoma de Madrid (UAM). 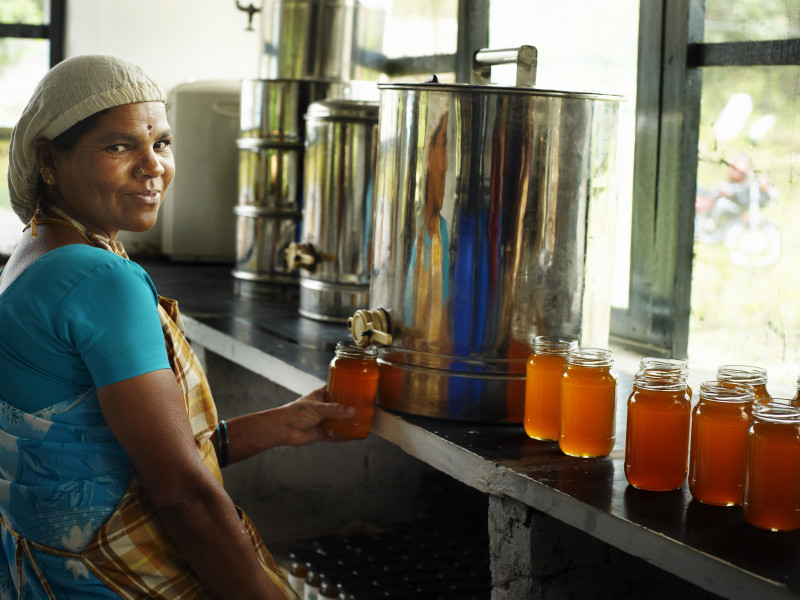 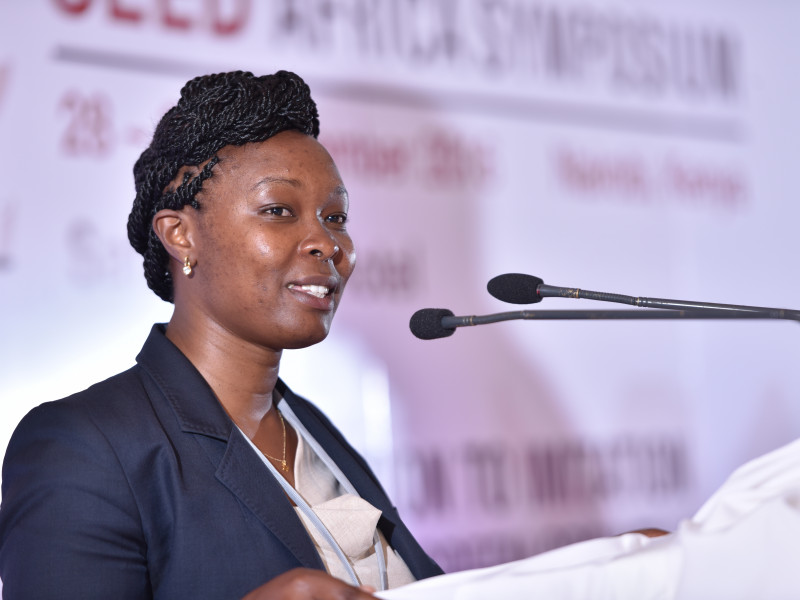 An Entrepreneur’s Motivation to Move Forward 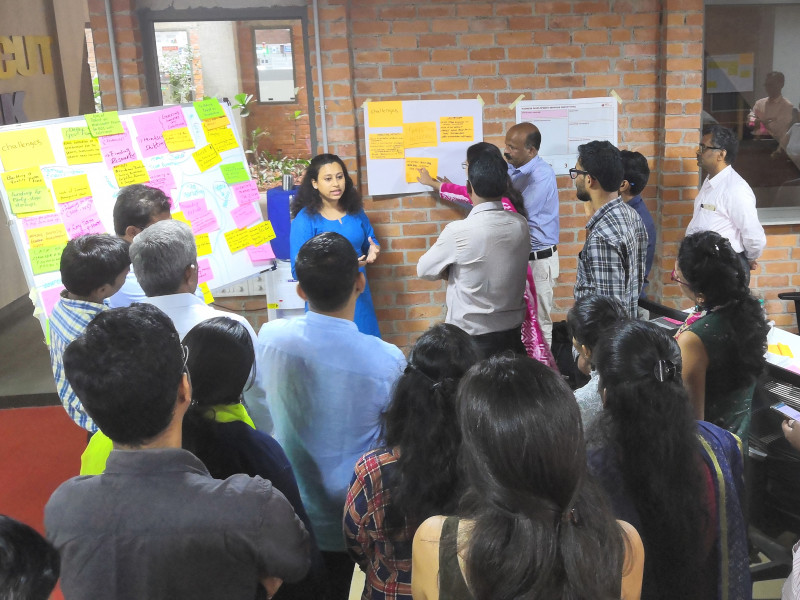 Status quo and future outlook: what does COVID-19 mean for BDS providers in India? 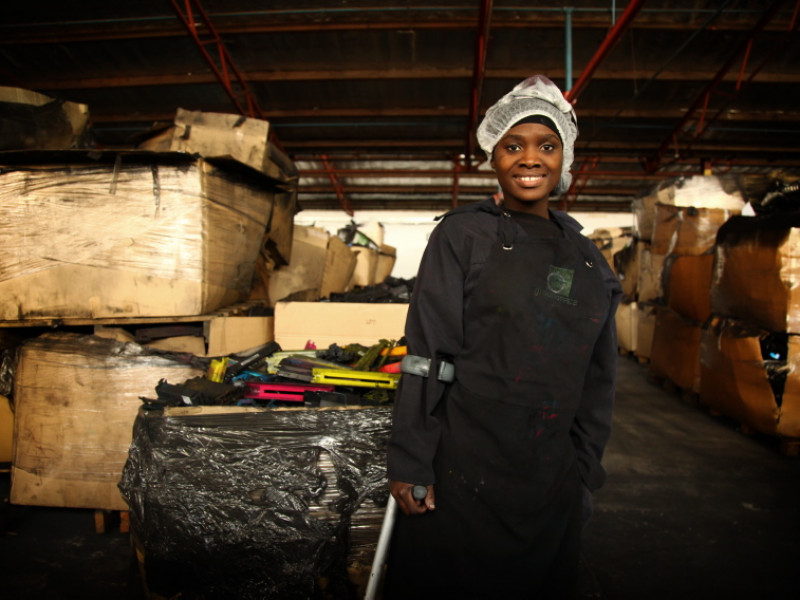 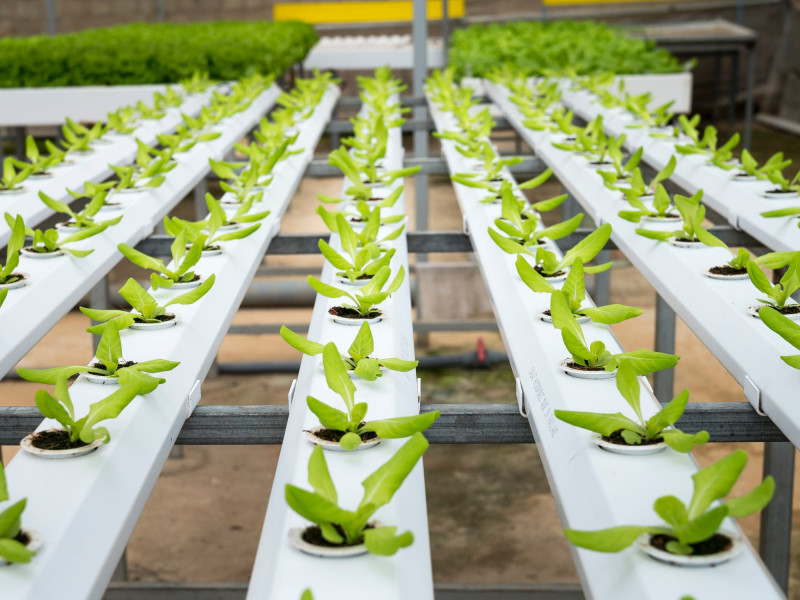 Why SMEs are essential to Uganda’s post-pandemic economic recovery 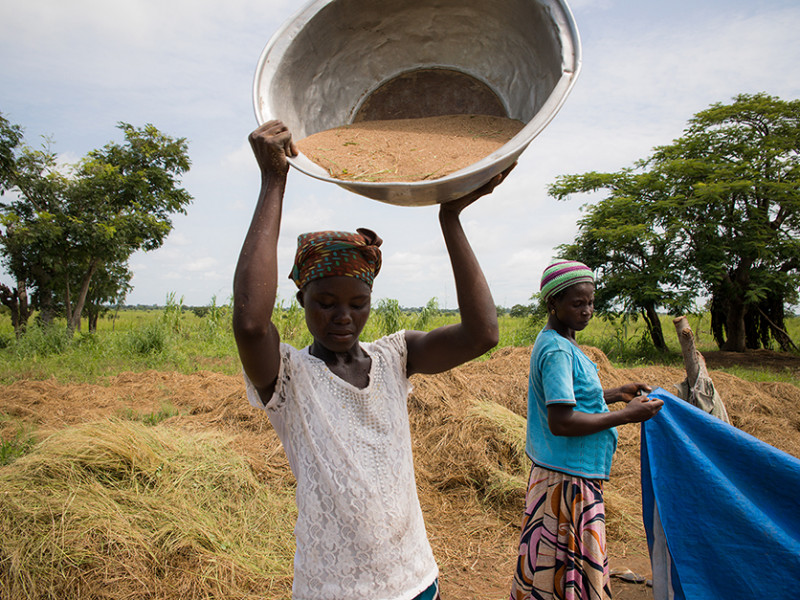 An op-ed from SEED Ghana team