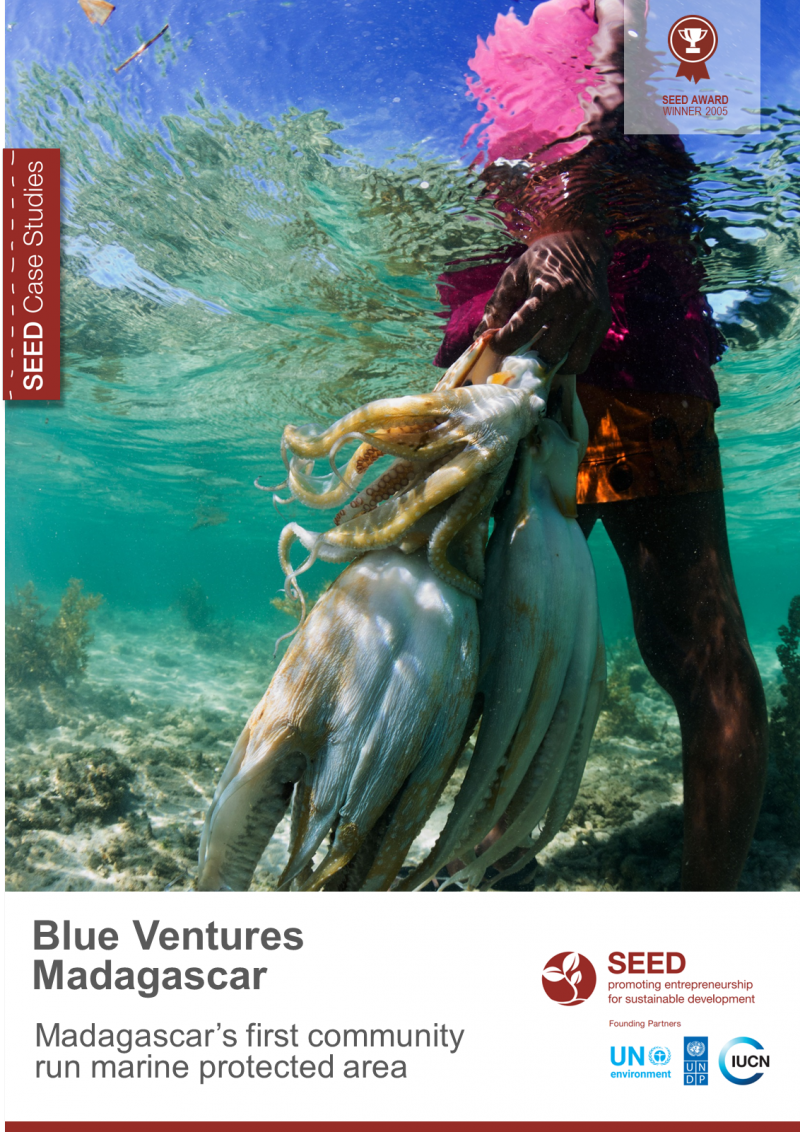 “Madagascar’s first community-run marine protected area” is a partnership between local people, research institutes, NGOs and a commercial fishing company and focuses on marine conservation and sustainable livelihoods along the southwest coast of Madagascar. The partnership, led by NGO Blue Ventures (BV), was the recipient of the first round of SEED Awards in 2005. The locally managed marine area (LMMA) was successfully implemented, covers 650 square kilometres and operates under the management of an association comprised of elected leaders from 25 villages, with continued guidance from BV. The model has since been replicated to numerous other areas in Madagascar. BV’s work has since expanded and diversified considerably, and has been recognised by several other awards and much acclaimed by the media.